i) Find the equation of the normal to the curve y=e^x at the point where x=3, in exact form.


ii)Find the stationary point on the curve y=xe^x and determine its nature.

lol, no joke man you should probably drop down to general

hey no joke MAN, i've done the questions i wanted to see if i got the working out correct. Dick.
Last edited: Apr 29, 2007
S

This may be year 12 stuff, but i'll just guess.

It says the equation and normal to the curve. So,

Location
Locked in my cupboard

bad decision. it's a no brainer but you got it wrong. go back to your own forum, junior!

I ponder, weak and weary

We've got this curve out in our 2D plane right? We don't care what it looks like, but it makes sense that at any point along that curve we could draw a line that just touches the curve at that point, right? Something like 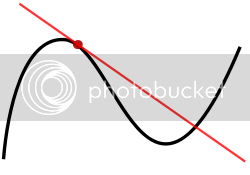 I was extra bored so here is what it looks like: 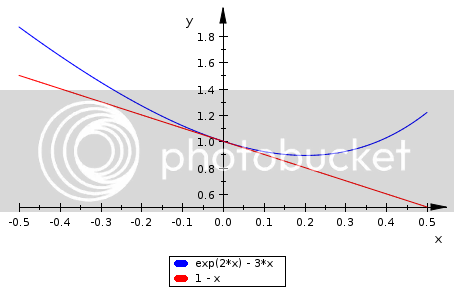 Also, whats with the hostility in this thread?
You must log in or register to reply here.